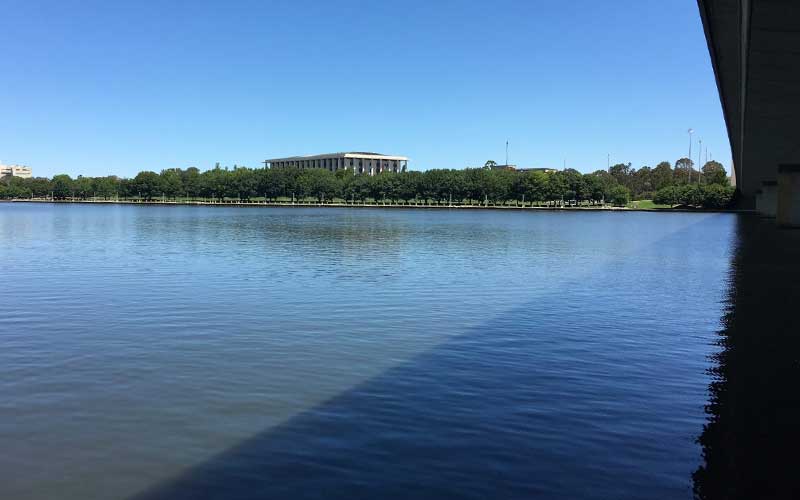 Lake Burley Griffin was constructed in 1963 and is named after Walter Burley Griffin, upon whose plans Canberra is based. The lake follows the contours of the floodplain of the Molonglo River from which it was dammed.

On the weekends in the warmer months the lake becomes alive with windsurfers and sailboats, particularly around the area of the Canberra Yacht Club, near Lotus Bay.

Early morning often sees joggers and walkers along the foreshores and rowers plying their skills against a backdrop of mist with the rays of the rising sun reflecting a golden hue on the water. The lake also offers opportunity to take a cruise, and hire paddleboats, aqua and hydro boats, canoes, surf skis and catamarans.

Aspen Island upon which the Carillon stands, is clothed in some beautiful trees, particularly the elegant willow. Willows also stood on the banks of the Molonglo before the lake was formed, near where Aspen Island is now located. A resident of the Canberry estate planted them during the 19th century. The story goes that these early trees were from cuttings taken from a tree on the island of St Helena, which grew next to Napoleon’s Grave.