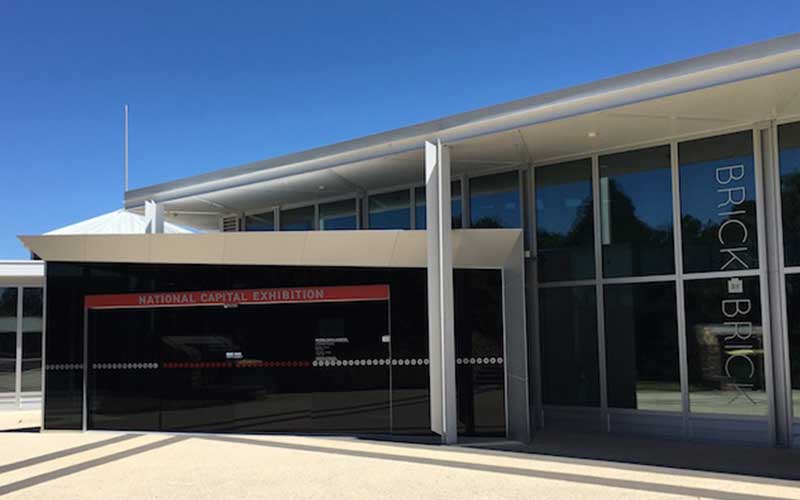 The National Capital Exhibition at Regatta Point is the best place to begin a sightseeing tour of Canberra. The facility displays Walter Burley Griffin’s plan of Canberra and the subsequent development of the city.

The National Capital Exhibition holds a number of intriguing and interactive exhibits that are regularly changed and updated. You will find historic articles of interest for their role in the history and development of the local region, and items significant to recent events and happenings.

Be sure to see the 10-minute audio-visual, The Story of Canberra, which gives a visual perspective of the city’s past and present. It gives an up-to-date account of Canberra and includes some great film footage of important historical events. There is also a terrific little slide show depicting comments about Canberra from Australians of all walks of life and filmed in a variety of locations around the country. This gives an interesting and often humorous perspective into how Australians perceive their capital city.

The interactive laser display of central Canberra shows the locations of the national institutions within the Parliamentary Triangle and is presented in Mandarin, German, Japanese, Spanish and English.

The building at Regatta Point has been especially designed to take advantage of the view of the central lake area. On sunny days, the view is particularly spectacular — the blue sky reflected in the water, the Captain Cook Memorial Jet in full flume and the elegant lakescape is a beautiful sight.

Enjoy a picnic under the trees or in the sheltered picnic facility to the left of the entrance of the National Capital Exhibition. Children will enjoy the playground nearby.

Fruit bats (also known as the grey-headed flying fox) have been nesting in the trees in Commonwealth Park just down from the National Capital Exhibition in recent times. These are maligned animals (fewer than 1 per cent carry the lyssavirus), and are great for pollinating, better than bees. As for all injured wildlife, if you see an injured bat, call ACT Wildlife 0432 300 033.