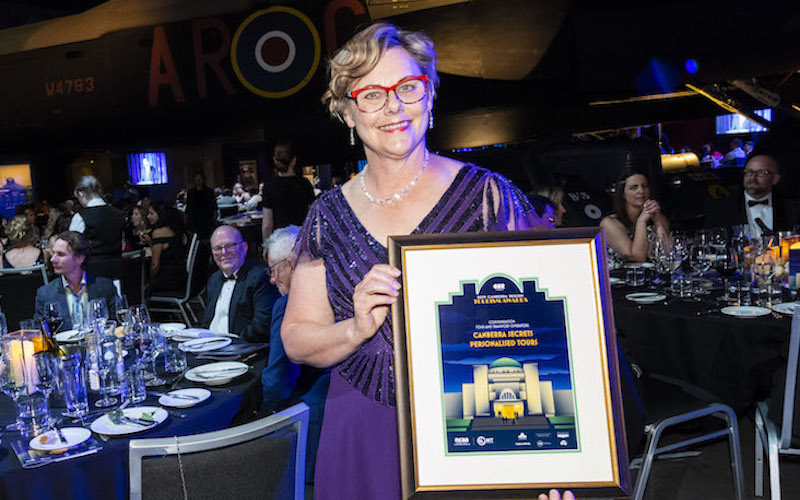 2019 was a huge year for Canberra Secrets Personalised Tours, and owner, Marg Wade.

Marg has been working hard to promote tourism to Canberra for both domestic and international visitors, for decades. Not only the author of the guidebook, Canberra Secrets’ and tour operator, she is also a regular on local radio stations, highlighting lots of secrets with Canberra and the region.

‘It’s easy to promote this wonderful city’, says Marg. ‘It just comes from the heart’.

In December 2019, Marg was awarded a Commendation in the Canberra Region Tourism Awards in the Tour and Transport Operators category. This star-studded event beneath the WW2 Lancaster Bomber in Anzac Hall at the Australia War Memorial was in a 40s theme. Considering Canberra Secrets Personalised tours had to be operational not quite three years at that stage, this is a huge recognition of the quality and success of Marg’s tours. Check out this article about Marg’s awards, by Genevieve Jacobs from The Riot Act.