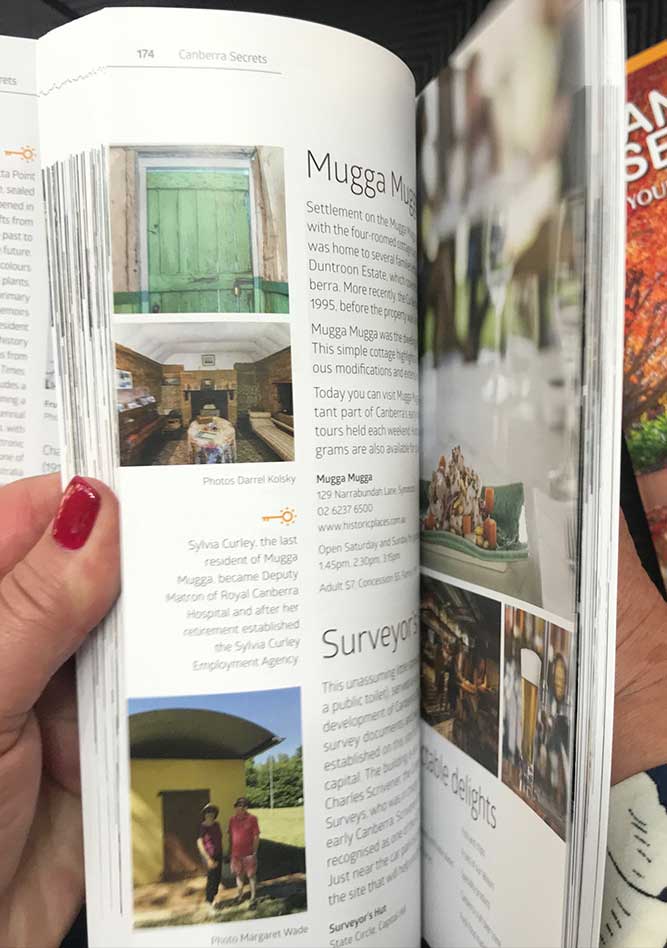 Your Guide To The Capital

Your ‘go-to’ guide to Canberra for residents and visitors. Updated to include the latest things to see, do, explore and enjoy in and around the city, with a dash of history thrown in.

Hundreds of secrets divulged in the city and beyond:
✓ iconic national attractions
✓ unique Aboriginal and European heritage
✓ adventures, walks and jaunts
✓ nature and wildlife
✓ festivals and events
✓ food and wine

Marg grew up in the Blue Mountains NSW and came to Canberra as a young teacher. She very quickly fell in love with the city and its surrounds.

Tired of hearing so much negativity from people who didn’t understand the city, she her first book about its true character, exposing the hidden gems and ‘secrets’ within.

That original book Canberra’s Secrets and published in 1999. It was an instant success.

demand, she subsequently published an updated 2nd edition and then the 3rd edition in 2018. Around 12,000 copies of these informative guide books have been sold. 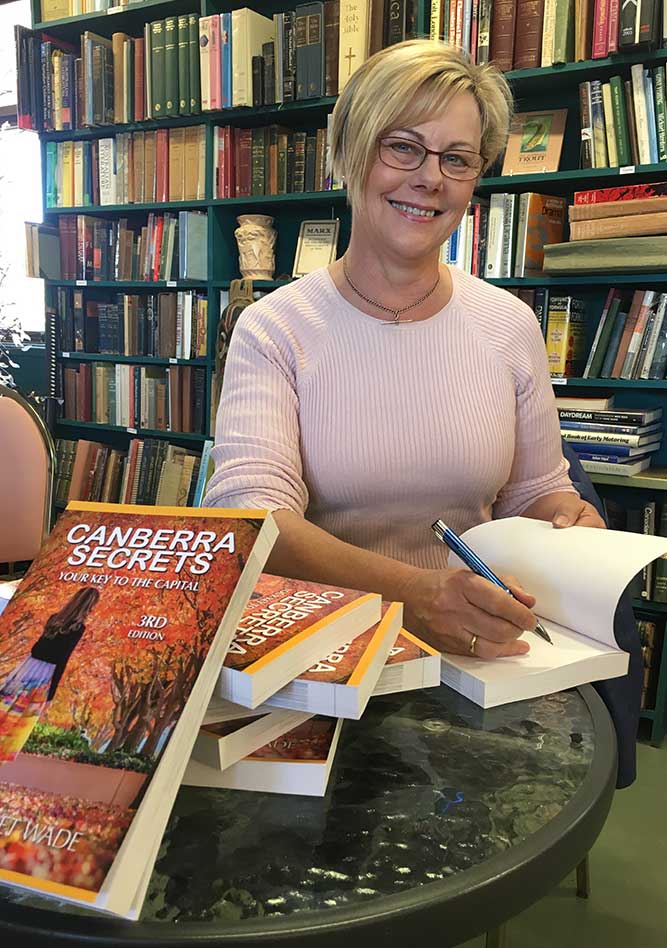 Wonderful. Canberra is so much more than the tired old clichés of politicians and roundabouts. 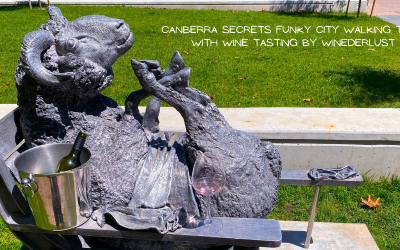 Shhh! Secrets, Walks and Wine… We had a great event and Marg from Canberra Secrets Personalised Tours and Jeanene from Winderlust, will join forces to give you the very best taste of Canberra at another time soon. Uncover quirky gems and secrets tucked within the city... 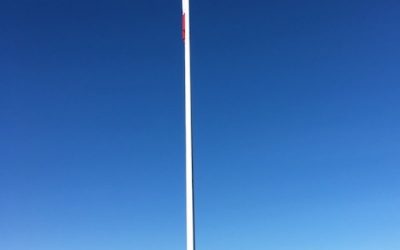 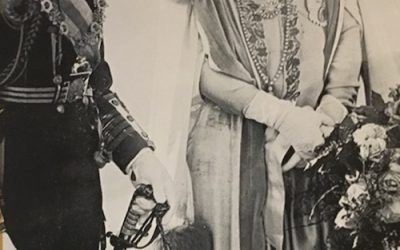